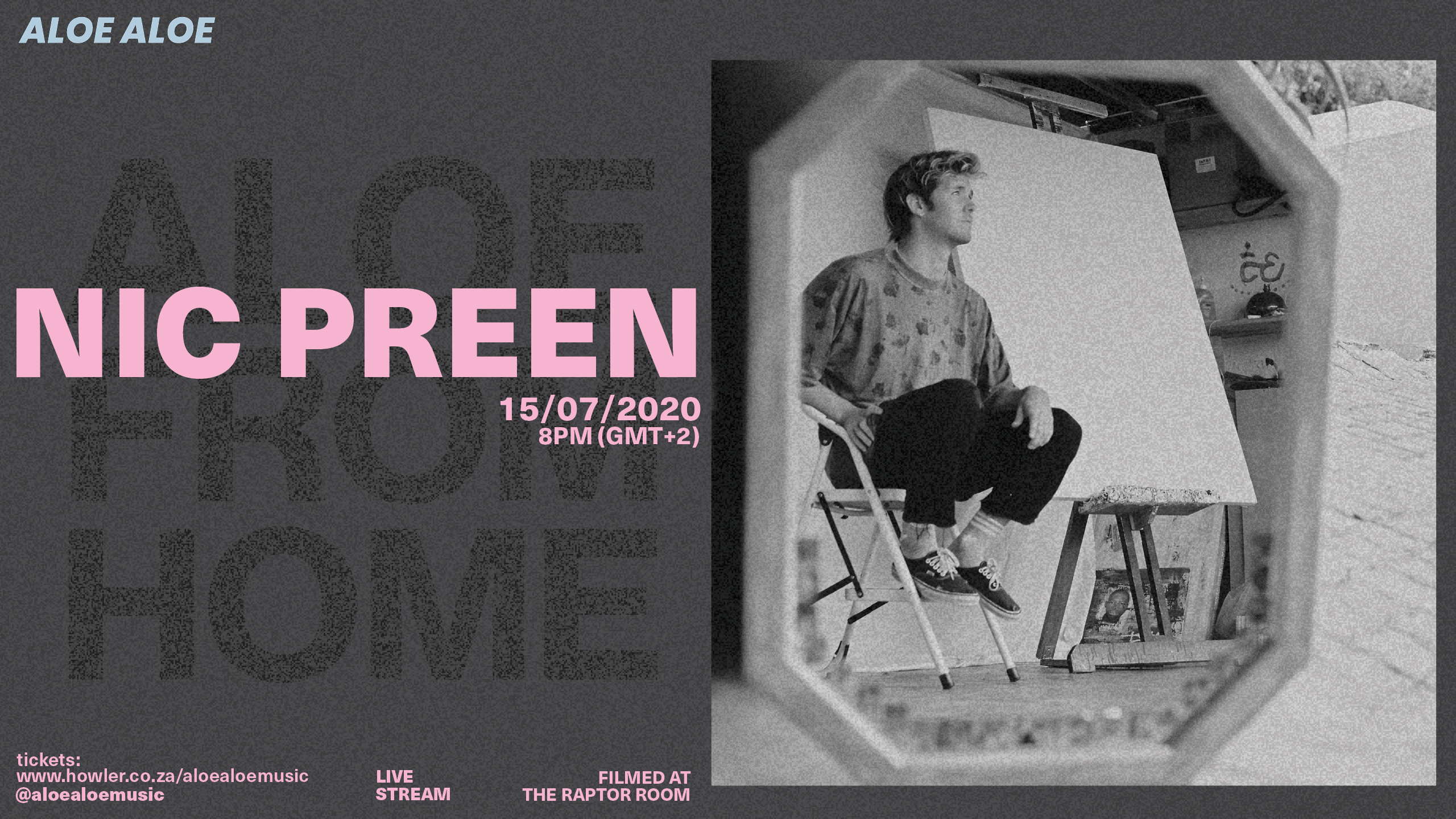 Aloe From Home with Nic Preen

These donations will be split accordingly between New Hope SA https://www.newhopesa.org/, Nic Preen & the Aloe From Home crew.

A series of weekly ticketed/contribution online live performances from a diverse array of musicians and DJs.

Performing LIVE from the comfort of a homely space.

Aloe From Home was conceived when COVID-19 decided to tour SA in March 2020...

In light of these evolving times we have created a space for the scene-shaping, genre-bending, independent musician to perform live on digital broadcast platforms.

Nic Preen launches himself into the abyss of solo musicians with the release of his new work, double sided singles release, Carpentry. Having formed two bands over the last ten years, Al Bairre and now The World of Birds, Preen’s solo act is a move toward something a little slower, a little more personal. With the release of the two tracks, Do You Really Care? and I'm Not Dead/Colder Than Where I Am Now, he confides a simmered down, more version of himself to his audience.

No stranger to the life on tour with his bands, rooms on the road, setting up empty venues before the crowds, sleeping upright, dancing and bouncing and tangling himself in the cords at his feet, most of his work is mostly written at a still, more melancholy time. Mostly it is entirely dependent on his moods. “The happier I am, the less I write, and the less I write, the sadder I become, and so the cycle continues. When I do write, I write alone. What I write is almost always in the form of a whine. I don’t really create happy songs because if I were happy I wouldn’t necessarily be inside and alone."

Join us for a fantastic show experience, from the comfort of your home.

If you would like to be a part of this show but don't have the finances, do please send us a message. We have a few FREE tickets available. We want to open up this experience to everyone.

A portion of sales & contributions will go to an Organization/Charity of the artists choice.

We stand for diversity and equality.Intolerance will not be tolerated.This is a safe space. An inclusive and welcoming ethos is an all round request.